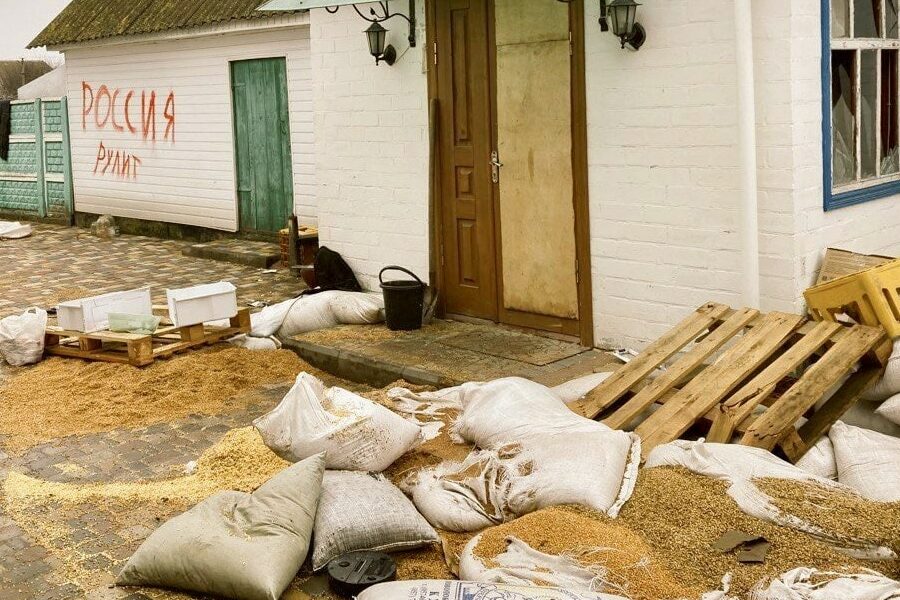 Whiles fleeing their positions enemy troops destroyed seed that they stole from local citizens. Burned soil tactic is well known since WW2. Nazi German forces destroyed everything on their way while retreating. Main goal is to complicate enemy logistical supply procedures due to non-existent infrastructure. This itself slows down the enemy advances on retreating forces.

Exactly this well known nazi and barbarian tactic is being used by Russians. When they understood that there was not enough time to take the seeds with them, troops destroyed the bags by slicing it and throwing seeds out of them. So that it can not be used by locals that were suffering from hunger and humiliation for almost a month. Russians proved and demonstrated once again that the main goal of this invasion is genocide of Ukrainian people.

This war is existential. We fight for our existence and our nation’s future.