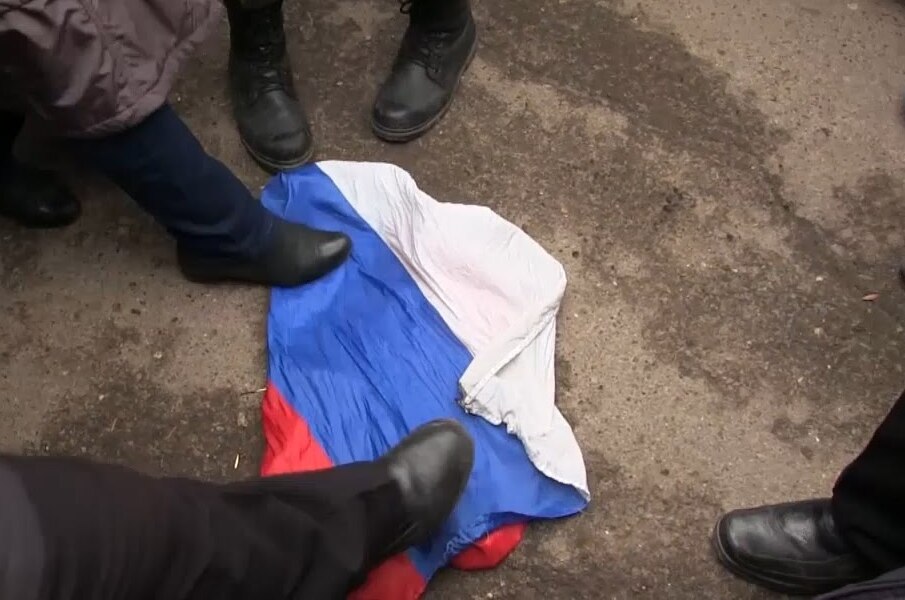 The Russian occupiers hung their flags in the town of Gola Pristan (Kherson region), but local residents responded promptly.

The flags did not hang for half a day when they were taken down by unknown patriots of Ukraine. At the same time, a red rag hung out by the occupiers was removed in Kherson city. However it has already been returned and guarded by four patrols at once, which shows only one thing – the actions of the occupiers do not find support among local residents. Therefore, they have to spend more resources to establish the work of the occupation administration.

Each additional patrol of Russians is a weakening of their work in general. Not to mention the destruction of theinvader’s morale.

Resistance works! And together we will win. 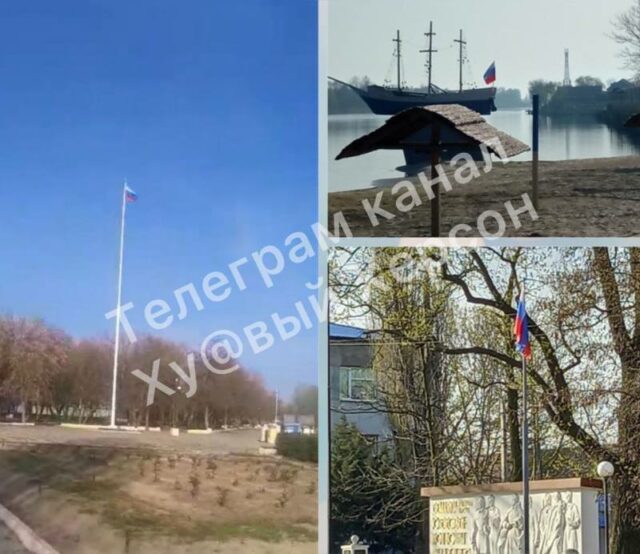 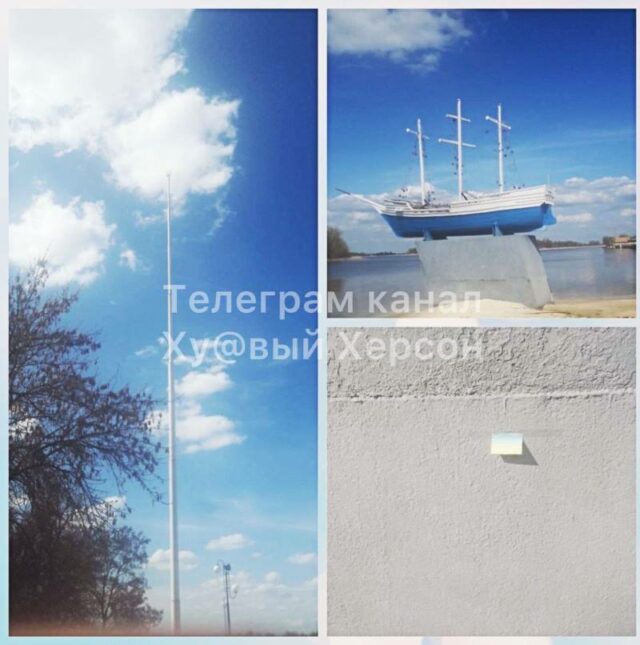 We will remind, earlier in the center of Yakymivka village of the Melitopol area unknown patriots silently and demonstratively removed the Russian flag.

Once again that such actions tremendously reduce the morale of the occupier and bring our victory closer!

previous
50 children are blocked in Mariupol
next
HISTORY OF THE RESISTANCE: KHERSON PRIEST ESCAPES FROM THE OCCUPATION WITH THE ENEMY DATA