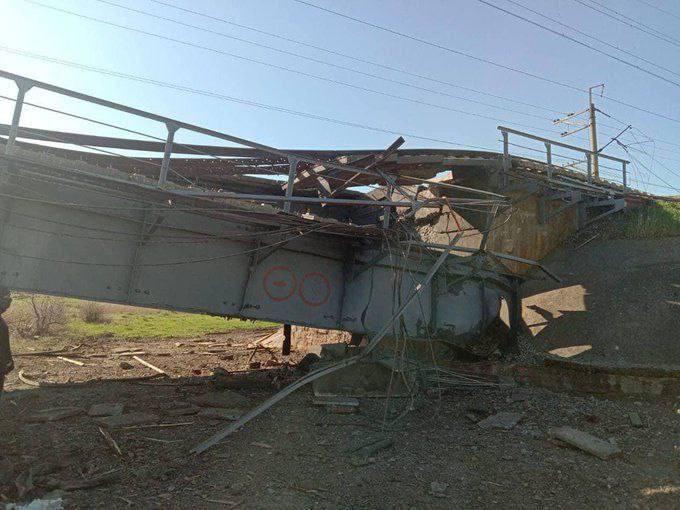 A new front in the war for Ukraine: Ukrainian officials had announced in early April that they expected a full-scale Ukrainian guerrilla movement to emerge in the late spring. They were right. As the below list of recent partisan activity shows, Ukrainians in Russian-occupied territories have mobilized and embarked on the traditional forms of resistance: sabotage, assassinations, and propaganda.

I gathered the data from Ukrainian websites that explicitly identified the perpetrators of these actions as partisans. It is, of course, possible that Ukrainian special forces may have been involved in some of these actions; it is also likely that the data are incomplete, inasmuch as some actions probably went unreported. Even so, the number of guerrilla actions is impressive and bespeaks a trend toward ever-greater partisan activity.

The data indicate that most of the partisan activity is located in and around the city of Melitopol. This conclusion is corroborated by the Institute for the Study of War’s map of Assessed Control of Terrain in Ukraine and Main Russian Maneuver Axes.

But that distinction may not last long. The Berdyansk Partisan Army, whose size is unknown, has unleashed an extensive propaganda campaign on Telegram. It has disseminated slogans, provided advice to civilians regarding forms of resistance, and identified the names and addresses of collaborators. It has not, to date, engaged in any kind of active resistance.

It’s likely that Ukrainian partisan activity has affected the morale of Russian soldiers, close to 200 of whom have been victims of fatal knifings and shootings. Some Russians appear to think that learning a few words of Ukrainian may enable them to survive nighttime attacks. It’s also likely that several assassinations of pro-Russian Ukrainian civilians have dampened the spirits of actual and potential collaborators.

The real impact of the partisan movement will be felt if it spreads to most of southern Ukraine, intensifies its efforts, and—most important—coordinates its activities with the counter-offensive the Ukrainian armed forces, bolstered by deliveries of western heavy weaponry, are expected to launch in late July or August.

The Ukrainians expect their counter-offensive to be successful: they believe that their soldiers are better than their Russian counterparts and that their Western-made weapons will also be better than most of the increasingly outdated Russian equipment. If the guerrillas can strike the Russian lines from behind, while the army attacks from the front, the effect could be tantamount to an encirclement of the Russian armed forces.

Naturally, the Russian authorities will try to crack down on and neutralize the guerrillas. Indeed, they already have. Inasmuch as the local populations are almost uniformly supportive of the Ukrainian resistance movement, the authorities are unlikely to succeed, certainly in the short term. In any case, whether successful or not, a crackdown will divert needed resources from the front to the rear, thereby aiding the Ukrainian war effort.

May 25, leaflets appeared in Berdyansk, Tokmak, Melitopol, Velykiy Burluk: “Russian soldier, if you don’t want to be a Nazi of the 21st century, then leave our land! Otherwise, the fate of Hitler’s soldiers and a Nuremberg tribunal await you!”

May 23, Melitopol, railroad tracks were damaged and a shipment of weapons and ammunition was disrupted.

May 22, near Melitopol, radar stations were destroyed.

May 18, near Melitopol, railroad tracks were destroyed and a military train was derailed.

May 18, Melitopol, grenade attack on military command post, followed by a gun battle.

May 17, Melitopol, two officers were killed.

April 25, Kremenna, Luhansk province, the city council and police station were bombed, with many casualties.

April 22, Melitopol, another 30 soldiers were reported killed since April 12.

April 16, Berdyansk, the Berdyansk Partisan Army maked its first appearance in Telegram. It defined itself as a “movement of engaged Berdyansk residents, who defend their city in the struggle against the Russian fascist occupier.”

There are also reports of partisan activity in Crimea. According to a Ukrainian official, “Today we see in the Crimea the appearance of local partisans who slash the tires of cars with Russian symbols, write slogans on park benches, and distribute pro-Ukrainian leaflets.”

Dr. Alexander Motyl is a professor of political science at Rutgers-Newark. A specialist on Ukraine, Russia, and the USSR, and on nationalism, revolutions, empires, and theory, he is the author of 10 books of nonfiction, including Pidsumky imperii (2009); Puti imperii (2004); Imperial Ends: The Decay, Collapse, and Revival of Empires (2001); Revolutions, Nations, Empires: Conceptual Limits and Theoretical Possibilities (1999); Dilemmas of Independence: Ukraine after Totalitarianism (1993); and The Turn to the Right: The Ideological Origins and Development of Ukrainian Nationalism, 1919–1929 (1980); the editor of 15 volumes, including The Encyclopedia of Nationalism (2000) and The Holodomor Reader (2012); and a contributor of dozens of articles to academic and policy journals, newspaper op-ed pages, and magazines. He also has a weekly blog, “Ukraine’s Orange Blues.”

The article was originally published in 1945 outlet, you can find it here.

previous
APPLICATION OF KILLER DRONE SWITCHBLADE AGAINST RUSSIAN TANK
next
Invaders in kherson region are ready to pay for receiving a Russian passport, but nobody wants it