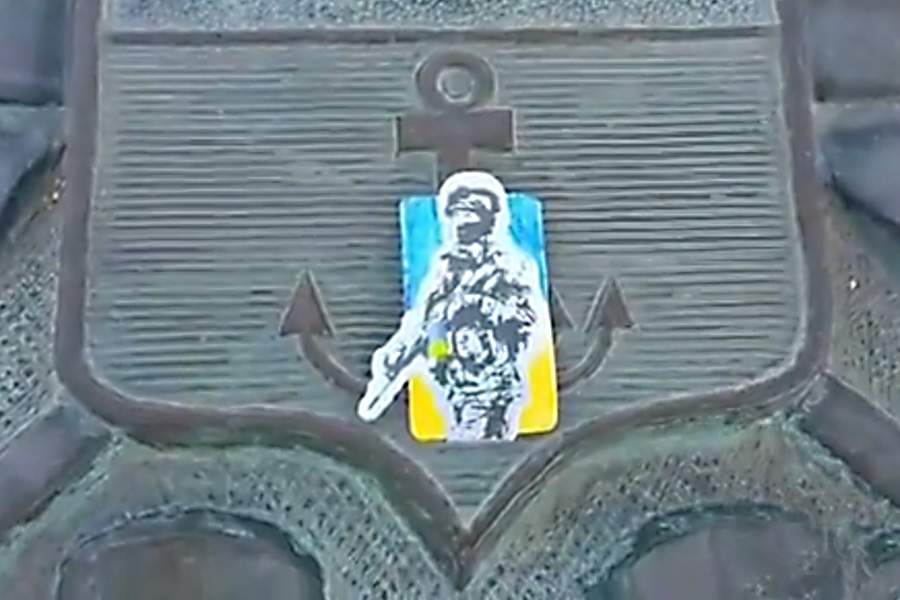 Resistance in the temporarily occupied territories continues. In Kherson, unknown individuals removed and destroyed the occupiers flags together with agitation, and in Berdyansk and Goly Prystan they warned of the Ukrainian Armed Forces approach.

The Russian tricolor and the red Soviet rag disappeared from the Park of Glory in Kherson on June 25. Then all this was destroyed by unknown heroes, as well as the occupation tape. 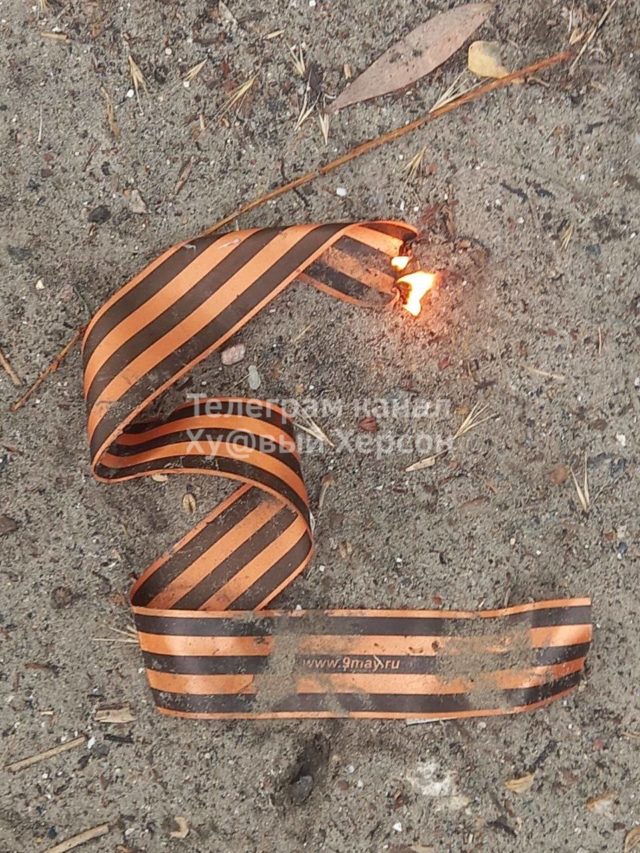 At the same time, in Goly Prystan, on one of the city streets, warnings were written for the enemy about the approach of the Armed Forces, which did not help in raising the morale of the occupier. In Berdyansk, leaflets were posted for Russians, where they were warned about the difficult fate of the occupier. 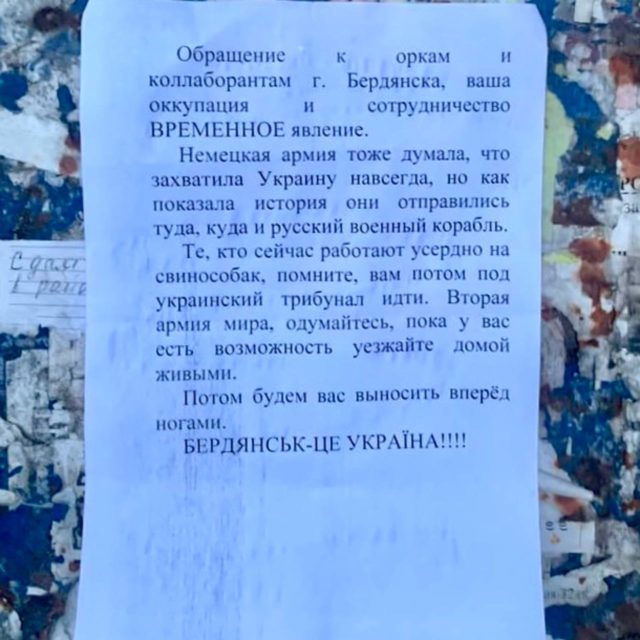 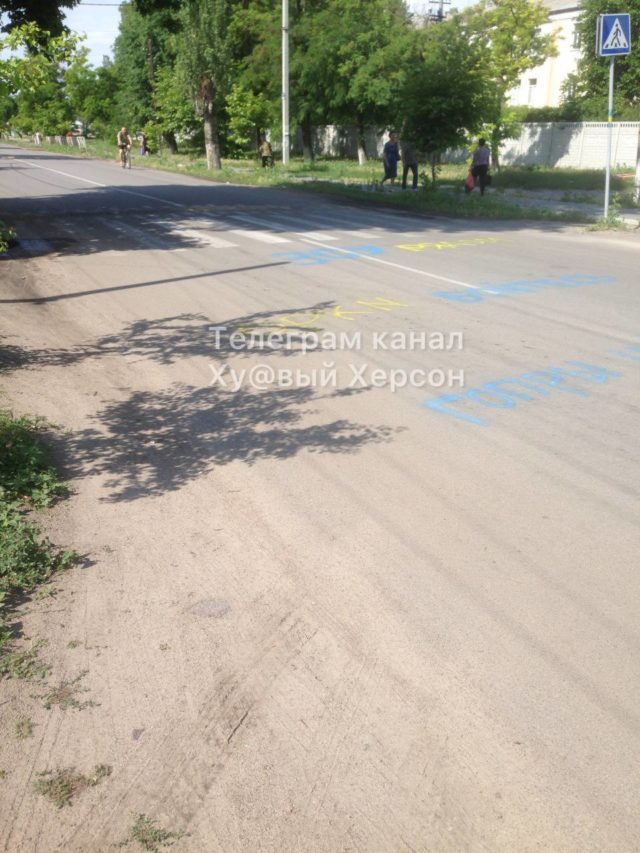 It will be recalled that earlier in Berdyansk, unknown patriots put up pro-Ukrainian leaflets on the monument to those who died for the integrity of Ukraine, which was destroyed by the Russian military the day before.

previous
"NEXT MORE": Partisans hinted at the future of the Crimean bridge
next
RUSSIANS OCCUPIERS ISSUE PASSPORTS AND PLATE NUMBERS IN MELITOPOL BY BLACKMAIL