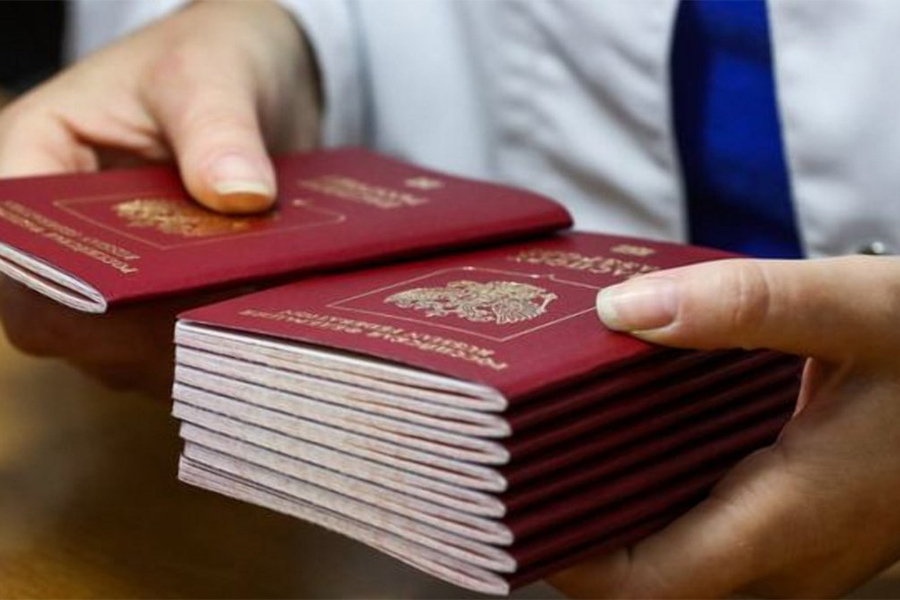 The enemy continues to prepare for its “pseudo-referendum” in the occupied territories. To make this possible, they stick to the best method of terrorists – blackmail.

Residents of Melitopol refuse to take passports. Therefore, the Russians simply put in front of the fact – a pension and budget payments in exchange for a passport. However, even such actions do not allow for the deployment of large-scale certification.

Note that according to the Kremlin scenario, Zaporizhia and Kherson regions should become Tavriya provinces and become part of the Russian Federation directly, as was the case during the occupation of Crimea. Therefore, an important point is to create a picture of mass support for the occupation by the population.

One such step is a TVR sticker on license plates. To spread them, the occupation organization “State Automobile Inspectorate” stops cars in Melitopol and fines for various reasons including contrived. A fine can be avoided only if a collaboration sticker is attached instead of UA.

Reminding, in the Kherson region the occupiers earlier forcibly issued passports to prisoners in the local colony.

previous
RESISTANCE OF THE SOUTH. RUSSIAN AGITATION DESTROYED IN KHERSON, AND POSTCARDS FOR OCCUPIERS WERE DISTRIBUTED IN BERDYANSK
next
UKRAINIAN UNDERGROUND IN THE OCCUPIED TERRITORIES GREETS THE ENEMY ON CONSTITUTION DAY