Kherson partisans performed an unusual installation in the city for the third time. It depicts the future of the occupier, namely a death.

This is the third scarecrow that the partisans have hung in the city. The first two installations were popular and the occupiers had to remove them by themselves. 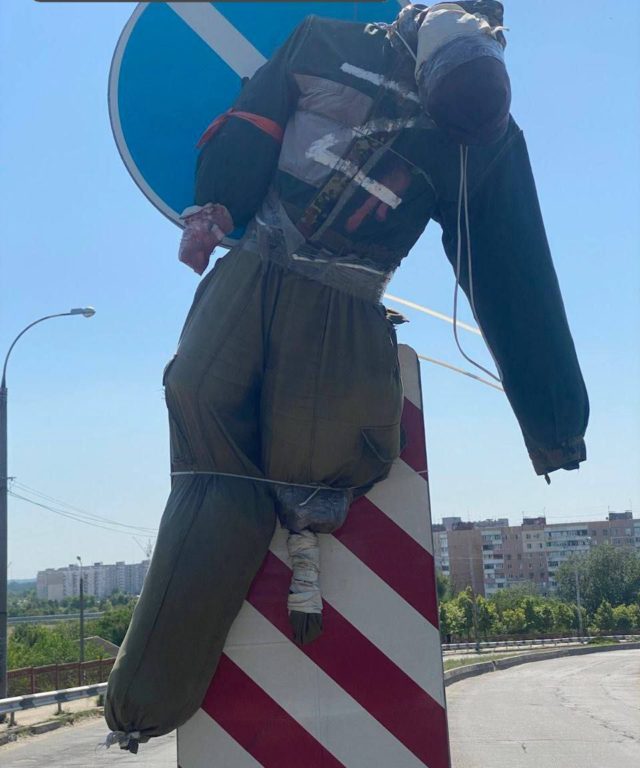 The first scarecrow was hung on a tree in one of Kherson’s parks, a month later a new scarecrow of a Russian soldier decorated the entrance to the city.

previous
The occupiers are planning to postpone the "referendum" in the south again
next
Russians hit the centre of Vinnytsia with rockets, there are fatalities and casualties