The Russians destroyed the entire city, but could not conquer it. In occupied Mariupol, a young man went out to the destroyed theater with the flag of Ukraine.

The city, where tens of thousands of residents were killed and sent to concentration camps for speaking Ukrainian, continues to resist. As you can see, you can capture the territory, but the people do not recognize the power of the Russians. 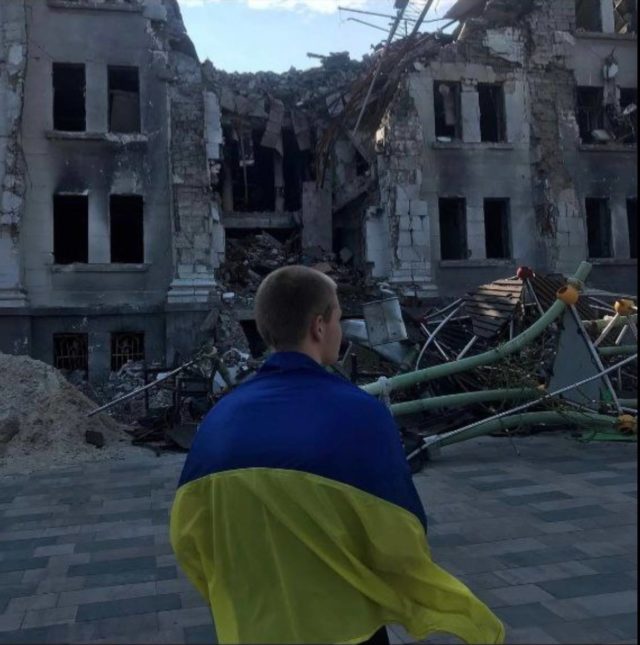 Reminder, the Mariupol Satellite plant which was previously seized by the occupiers, unexpectedly caught fire after the help of the local underground.

previous
In occupied Luhansk Region Russian teachers prepare for the "referendum"
next
The Exclusion Zone of Resistance: Chornobyl tourist guides organized an underground at the occupied nuclear power plant