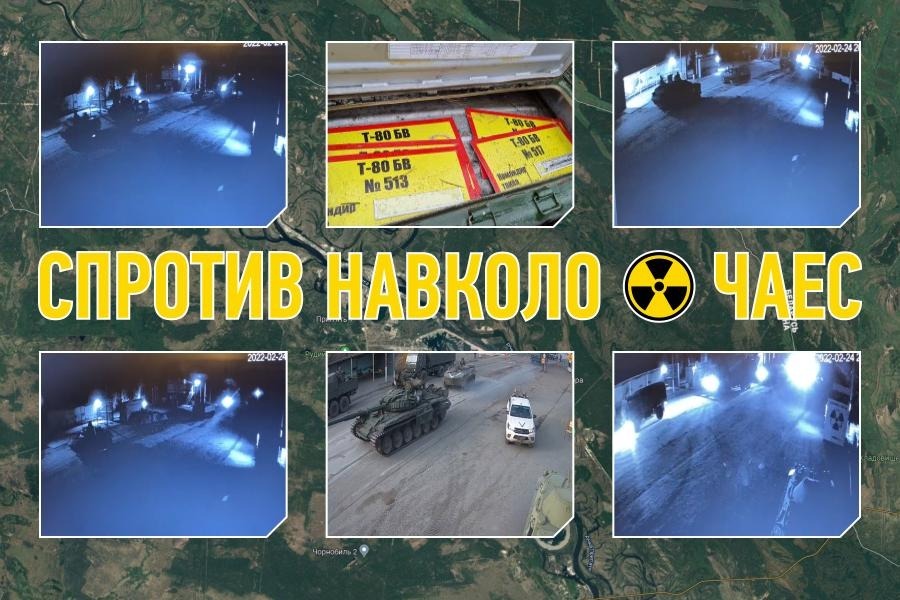 At the beginning of the war, the Russians occupied the so-called Chornobyl Exclusion Zone, a 30-kilometer circle around the sarcophagus of the non-working nuclear power plant. Long columns of troops headed through the Zone to Kyiv, while employees of the Chornobyl Tour operator counted them and transmitted the data to the Armed Forces.

Social responsibility has become a modern feature of businesses. Previously, the National Resistance Center told the stories of people who were guerilla on the occupied territories. We bring you a case now where a private business organized systemic resistance.

A camera, not quite a hidden one

According to Yaroslav Yemelianenko, director of Chornobyl Tour, the Russians captured the Exclusion Zone in half a day. The first crews disabled government video surveillance. They turned off the electricity, shot the cameras, removed the flags, and continued driving.

At the same time, the tourist operator is the only entity in the Zone that has information centers. These information centers are located at the entrance to the Zone at the Dytyatky checkpoint, where video surveillance was installed with autonomous power for outage or other communication problems.

Yaroslav says that they were the ones who watched the movement of the troops on their surveillance for a long time after the Russian invaders turned off the government cameras.

“We have organized round-the-clock video monitoring with the calculation of the type of troops, their number, their speed and time. And through the Internet, data was quickly transferred to the Security Service of Ukraine and the General Staff of the Armed Forces”, – says Yaroslav Emelianenko.

It is interesting that video surveillance was installed to control information centers and the museum with BRDM-2 combat recon & patrol vehicle. Servicemen with dosimeters used to measure radiation after the 1986 accident and to move around on such vehicles. The vehicle was parked in a prominent place and the operators expected that it would be shot as soon as the Russians entered. However, it turned out that if you want to hide something, you put it in a visible place.

For example, some frames appear as freeze-frames but they are actually the video. Russian equipment is standing still because it is in traffic and cannot go any further. The entire route in the direction of Kyiv, to the city of Ivankiv, was covered by their equipment.

A network of informants

This information center with a camera did the job for about a week. After that, it was blown up with an anti-tank weapon. But the need for information about the movement of Russians remained. The tour operator started coordination with the self-employed people who live in the Zone and with the residents of the surrounding villages along the route, including people who work in the Zone.

There was no problem in finding the willing. The problem was that at that time there was no communication on the occupied territories anymore, as the cellphone towers were no longer working. According to Yaroslav, they found out by trial and error where there was still sparse signal for the Ukrainian cellphones This type of information transfer was not so efficient but it worked nonetheless.

In order for the network of informants to be wider, the operator launched a call on social networks to find those who have relatives in the area of ​​the Exclusion Zone. Then they checked new contacts and hired people. However, the data that people from the occupied territories sent to the General Staff had to be verified. The system was simple: if the data from different sources matched, then the information was considered verified.

An important point was the moral aspect. It is clear that the people who transmitted data about Russian equipment near their houses were in fact exposing their residences to a possible attack. Therefore, they were told not to share information/videos from around their houses while they were in the house.

It is also worth noting that the informants were briefed about the real situation in the territories controlled by Ukraine during the communication. The locals were cut off the Ukrainian media and the demand for the real information was huge. It is the same now for the people who are under Russian occupation in other parts of Ukraine.

“Here is an interesting thing. People who were the guerilla all this time had a more tense psychological state because they risked their lives when they transmitted information and looked for places to communicate. However, they endured the occupation better than those who sat in the basements because they were involved and tried to change the situation. They had communication with the “great land”, – says Kateryna Aslamova, head of the “Chornobyl” volunteer center.

Volunteer activity and the story of the second BRDM-2

“Chornobyl Tour” organized volunteer trips to the occupied territories to deliver medicine and food. Knowledge of the area, detours and coordination with the local underground helped in this. It is not surprising that immediately after the liberation of the settlements, the first volunteers also traveled along the same paths.

“There were no bridges on the second day after the de-occupation. We made our way through areas that had not been cleared of mines, swamps. We were crossing rivers in order to establish access to the territory of humanitarian aid and means of communication, in particular Starlink. It is interesting that when we arrived, the first thing people asked for was not food or medicine, but information and connection with relatives.” – Yaroslav Emelianenko. 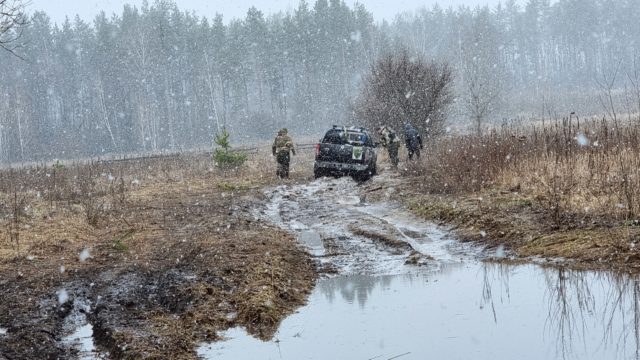 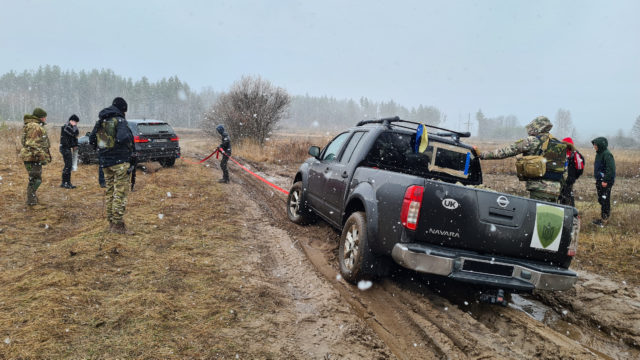 In addition, the company from the first actions transferred its resources to the needs of the country’s defense. We are talking about both equipment and another BRDM-2, which was in working order in Kyiv at the beginning of the invasion.

About information partisanship and the radioactive Russians

There was almost no communication with the employees of the Chornobyl Nuclear Power Plant who were on their shift during the occupation and remained captive. The workers managed to be released only because they were replaced by the second shift, which agreed to go from Slavutych to the regime under occupation in order to keep the station working. It was from that first shift of employees that the world learned about Russians digging trenches in the “red” woods that were exposed to intensive radiation.

At the same time, the “Chornobyl Tour” volunteers began to convey this information to everyone, disseminating it further. This became one of the factors that caused the Russians to leave the Zone. When the Ukrainian Armed Forces began to envelope the Ivankov area, forming a pocket with the invading troops, the enemy could simply enter the Exclusion Zone and stand on the perimeter. It was a relief as Russia, the country that practices terrorism, planned to use the Chornobyl Nuclear Power Plant as a bargaining chip threatening the world, as they do it now with Zaporizhzhia Nuclear Power Plant.

The information about radioactive danger and the Russian military equipment exposed to elevated radiation even made it to the Russian propaganda news. That is, the stories about the commanders who condemned their soldiers to a painful death prompted fear in Belarus and the Russian Federation itself and the returning invaders were met with wariness. Further, Belarusians leaked information that Russian military are turning up in droves at the Gomel center of radiation medicine.

Carrying on the work after de-occupation

It is important to realize that although the neighboring Bucha and Irpin suffered terrible atrocities, the Exclusion Zone did not. Yet, the region was under occupation for a longer time, and people felt powerless. The powerlessness and life in fear left them with significant traumatic impact.

After the liberation from the invaders, it was the volunteers who began to address the psychological impact in this region. According to Yemelianenko, if we do not work on psychological restoration in the right away, it will be imprinted for a long time and we “may suffer a trauma of a national scale, similar to the Chornobyl accident.”

In parallel with the psychological work with the population, the tourist operator began to conduct trainings on actions in case of use of chemical and nuclear weapons, as well as work in radiation-contaminated territories, which are constantly conducted for all security forces: National Guard, State Emergency Service, Armed Forces, counterintelligence.

The story of “Chornobyl Tour” is an example of how everyone, using their best skills and own resources, can become useful for our common victory.

previous
In Mariupol, a young man went out with a Ukrainian flag to the bombed-out theater
next
Russian occupiers were eliminated in Energodar