The Russians are actively posting their propaganda in the occupied territories, where they allegedly offer the residents to self-determine their future fate. However, the locals have own answer to this proposal.

For example, in temporarily occupied Tokmak, notices were posted that the city’s residents made their choice in the 1991 referendum, when they voted for the independence of Ukraine. 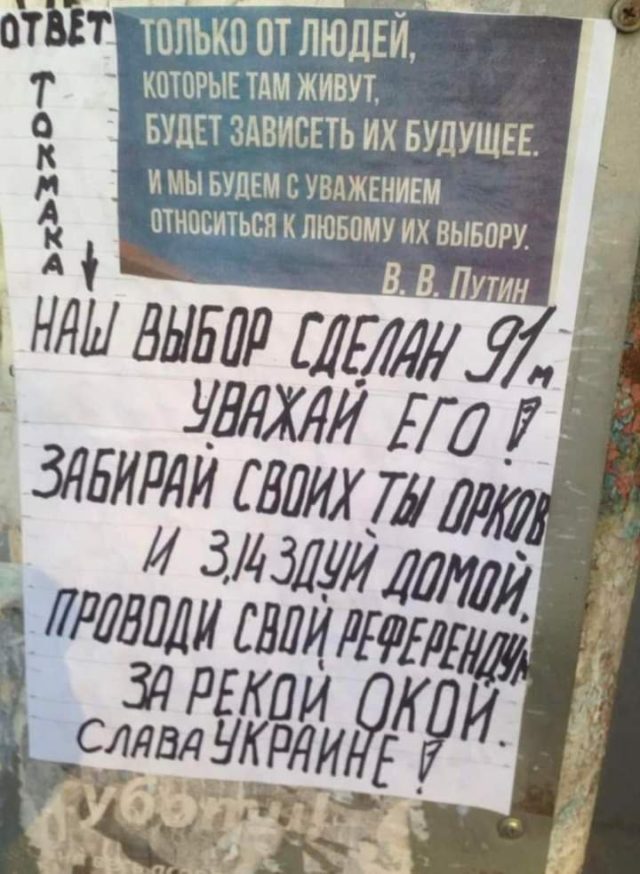 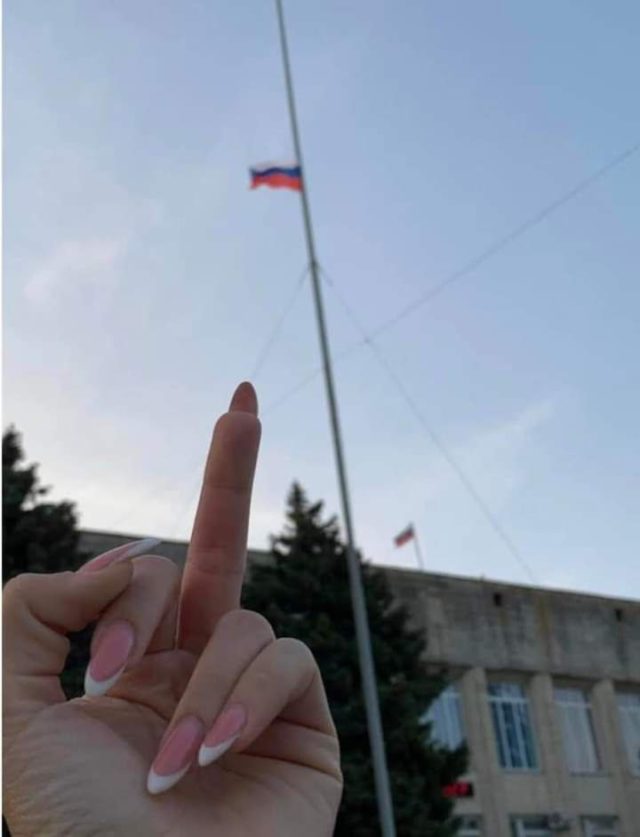 Reminder, the Russians may not have time to prepare for their farce, which they call a “referendum” and have planned for September 11. All because of total sabotage by the population, which mostly refuses to take part in it.

previous
Who killed Ukrainians in Bucha? - The RESISTANCE CENTER received data from the Russians
next
"The South is waiting for the Armed Forces": in Berdyansk and Kherson, local residents expressed their position