The hero city of Mariupol was almost completely destroyed by the Russians. A large number of the population was killed, repressed and deported to the Russian Federation. However, the city is still resisting the occupation.

Local residents find the strength even in the ruins of their city to demonstrate to the Russians their attitude to the occupation. This time an unknown girl demonstratively came out in a Ukrainian T-shirt and demonstrated everything she thinks about Russia and its “liberation”. 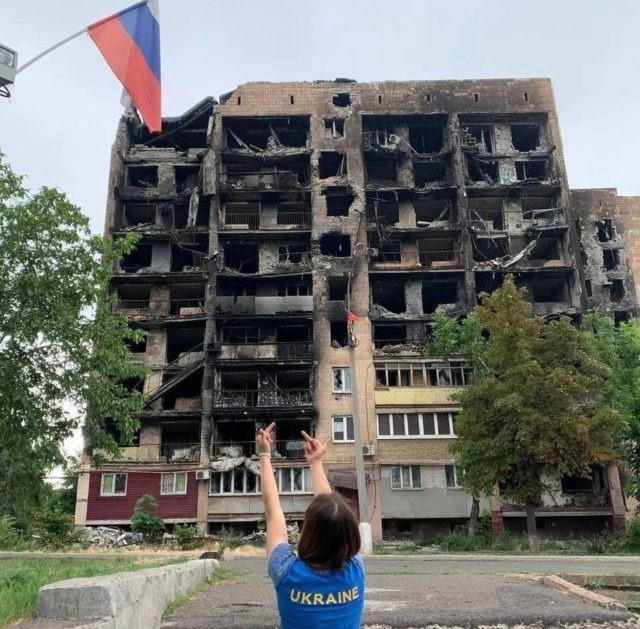 Reminder, an unknown young man went to the city center wrapped in a Ukrainian flag, despite the fact that such actions are enough to get into a Russian filtration camp.