In the occupied territories the Ukrainian underground slows down the advance of the Russian army and makes psychological pressure.

So in the occupied Troitskyi, the locals reminded the Russians that they are in Ukraine and so their stay here will soon come to an end. 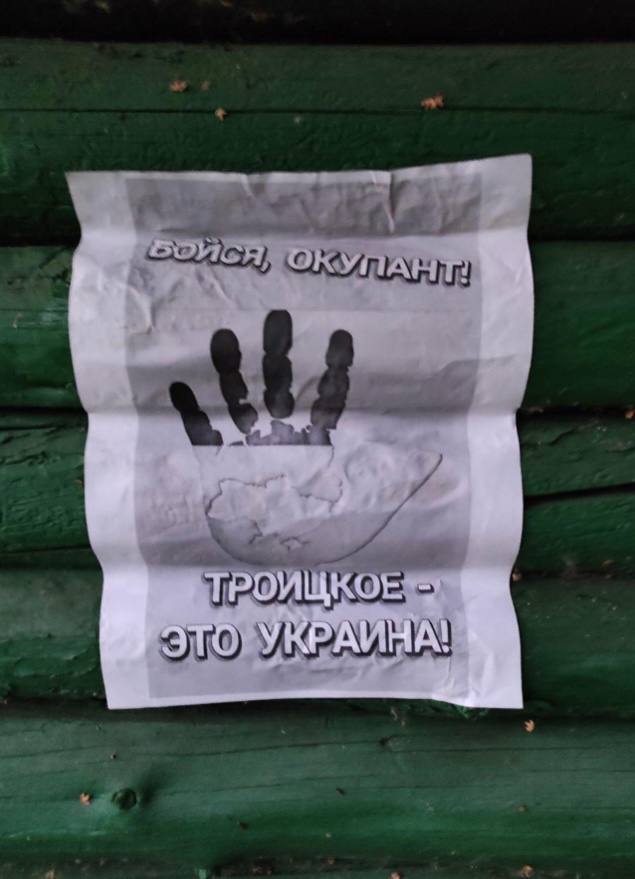 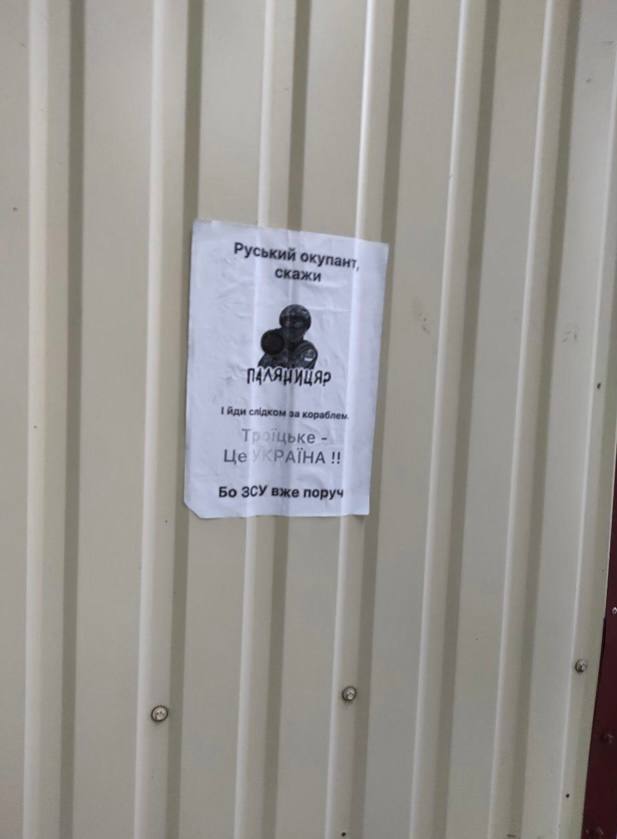 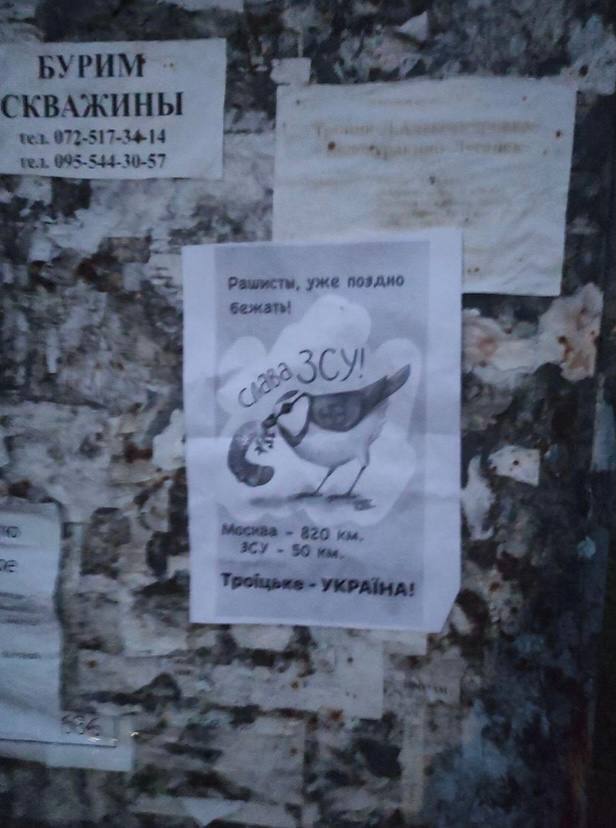 However, in addition to psychological pressure in the form of leaflets on the occupiers, the underground successfully destroys the infrastructure that the Russians use for their purposes. For example, we have already reported on the destruction of the railway control switch box near Svatovo, which made logistics difficult for the enemy.