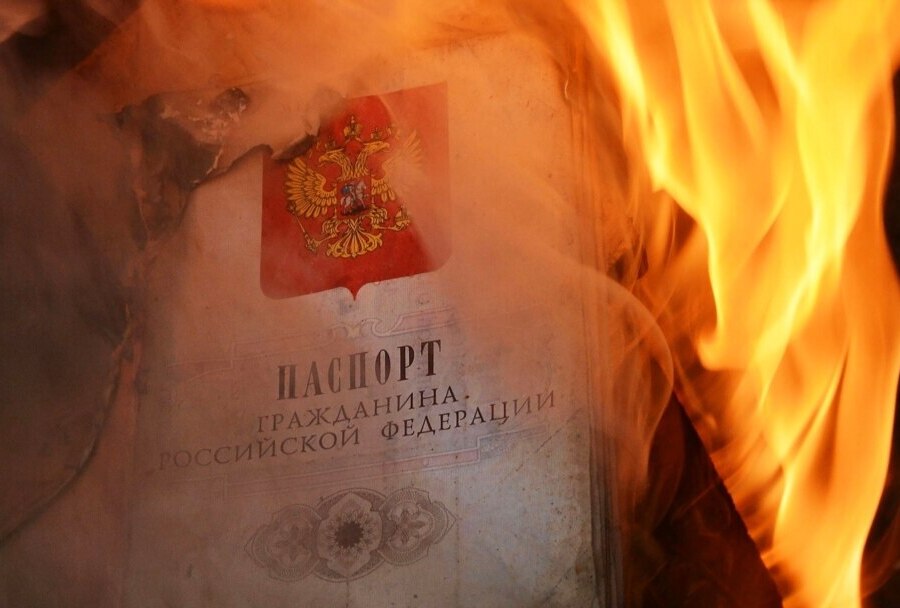 The vast majority of the population of the occupied territories does not accept the Russian occupation and does not want to become citizens of the Russian Federation, so the enemy resorts to forced passporting.

The pace of this passportization is disappointing because the available indicators are at the level of statistical error in the region of 10,000 issued passports. At the same time the invaders created “all the conditions” for obtaining a passport, namely, only the presence of an enemy’s passport allows you to receive budget payments: from pensions to salaries of budget employees. At the same time Ukrainian payments are blocked which provokes a social crisis.

But even despite such restrictions the issuance of passports does not gain a mass character among the local population. Therefore, the enemy began to forcefully issue their waste paper. Such cases have been recorded in the villages of occupied Zaporizhzhia where Ukrainian passports are simply taken away during inspections or rounds of houses.

The Center of National Resistance urges not to show Russians the originals of their passports during checks and to ignore passporting. See the link for details on the risks of passporting.

previous
In Luhansk region, the underground liquidated the self-proclaimed "head of the MREO"
next
An explosion heard near the "occupiers' lair" in Melitopol