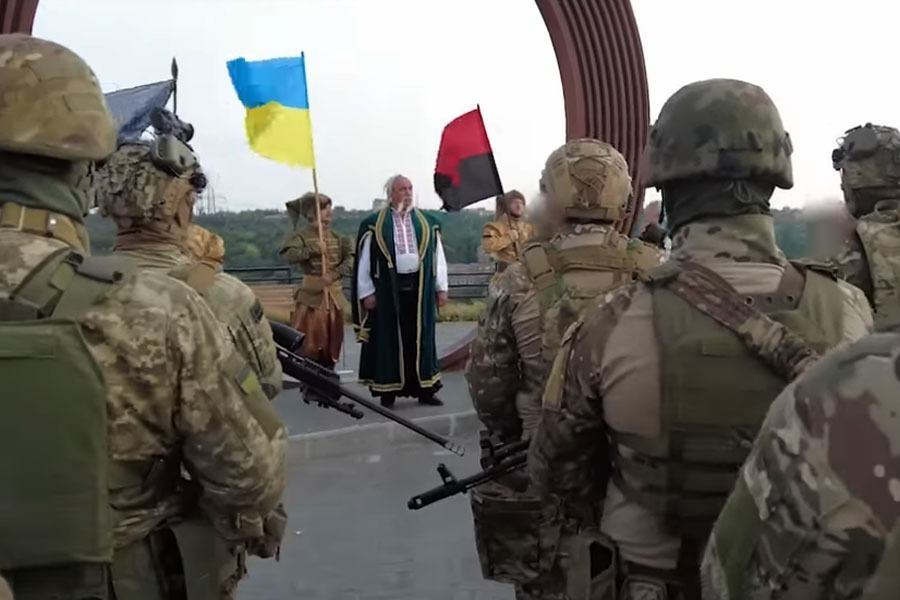 Servicemen of the Special Operations Forces, which are part of one of the units of the Resistance Movement, took the oath on the island of Khortytsia.

The oath was taken at a place that is symbolic for many generations of Ukrainian warriors. After taking the military oath, initiation to the soldiers of the SSO took place. The ceremony ended with the reading of a symbolic oath.

Right now, a new heroic epic is being born, the result of which will be the victory of Ukraine. It should be noted that the resistance movement includes trained fighters. If you do not have the appropriate training, then do not put your life in danger, and if possible, evacuate from the temporarily occupied territories.

previous
Chronicles of the resistance: collaborators are fleeing from the south, and in Berdyansk, the headquarters for the preparation of the "referendum" was blown up
next
The Russians imitate the fighting in Enerhodar to disrupt IAEA mission visit