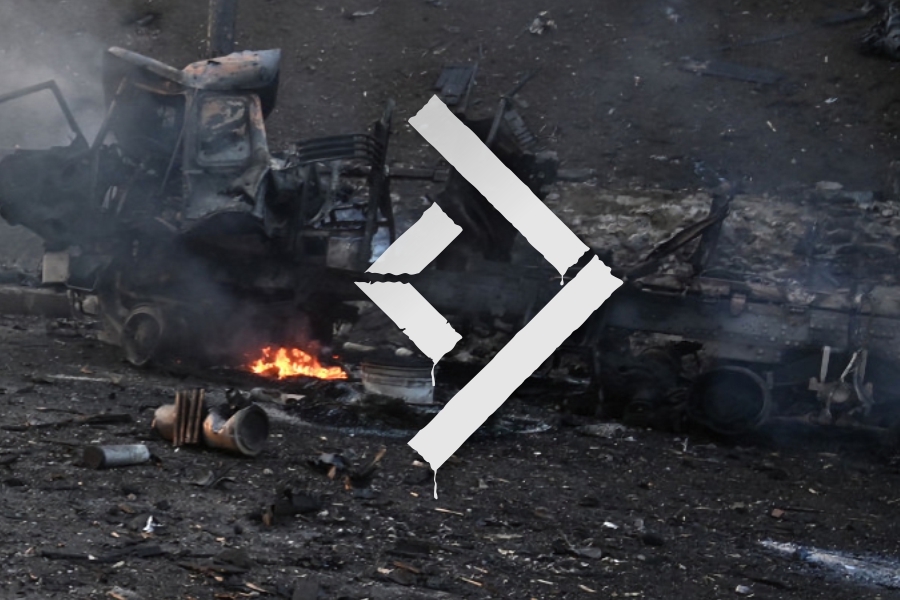 The Kremlin held its propaganda show called “referendum”, but the resistance to the invaders in the temporarily occupied territories did not stop. Ukraine’s National Resistance Center tells how the last week passed for the Ukrainian underground.

On September 25, former People’s Deputy and collaborator Oleksiy Zhuravko was killed as a result of a missile attack in temporarily occupied Kherson. He was a People’s Deputy of the 5th and 6th convocations of the Parliament. In 2014, he moved to Russia and this year returned to Kherson, where he cooperated with representatives of the “administration” of the occupiers.

However, this is not the only traitor who assessed the accuracy of Ukrainian missiles. On September 30, the so-called first deputy of the occupation administration, Oleksiy Katerinichov, was eliminated as a result of an attack by the Armed Forces of Ukraine. The occupant “worked” in this position for a little over a month. Prior to that, he served for 25 years in the border troops and units of the FSB of Russia, which supervises the occupation of the region.

But not only rockets destroy the enemy. On September 29, in the morning of the temporarily occupied Melitopol, a car belonging to the “head” of the pseudo-department of education in the occupation administration exploded.

The explosion occurred near the industrial and economic college. As a result, the car of a local collaborator, Olena Shapurova, who is involved in the implementation of the “Russian educational program”, which actually spreads Russian propaganda among Ukrainian children, was destroyed. Before the occupation, the traitor headed the aforementioned college. As a result of the explosion, she was not injured, but her husband, Roman Dzyuba, whom she had previously appointed as the director of the local 15th school, was injured.

The Ukrainian underground will continue to destroy enemies and transmit information about their whereabouts to the Armed Forces of Ukraine. Therefore, every collaborator and occupier on Ukrainian land will be responsible for their actions.

A pseudo-referendum as a holiday farce

This week, the occupiers held a pseudo-referendum, which in their imagination should legalize the annexation of the occupied territories. There is no point in talking about those virtual numbers of turnout and support among the population, because this is just a shift in focus. The Russians were never able to simulate long queues and show the operation of “overcrowded” polling stations.

This whole show lasted 5 days, during which armed Russian soldiers went to the places of residence of the locals. No documents were required from voters, and in fact anyone could vote an unlimited number of times. All this was done due to the need to hide the low turnout.

In particular, cases were recorded when Russians paid 40,000 rubles for demonstrative voting in a pseudo-referendum. So, the duties of the extras included voting on camera with the Russian flag and further commenting to the “press”. Such people were taken on buses to the Zaporizhzhia nuclear power plant, where they pretended to be workers supporting the pseudo-referendum for the cameras. Extras gave interviews to pro-Russian propaganda media and shouted words of support for Russia and the pseudo-referendum, after which they went to the bus where the “voting” was held and demonstratively filled out the ballots. There was no mention of any “voting secret”.

The Russians also tried to simulate a flash mob with the burning of Ukrainian passports after the pseudo-referendum. For this, the occupiers paid 10,000 rubles. And even here the mass did not work out, because even the ideological supporters of Russian peace are in no hurry to get rid of the Ukrainian passport, because the Russian passport performs only the function of waste paper and does not give its owner any privileges.

At the same time, the occupiers tried to create the illusion of recognition of pseudo-referendum by the world community. To do this, they brought marginals fed by the Kremlin from different countries of the world to TOT. Details about them at the link.

After the pseudo-referendum, the main occupier signed legally void decrees on the “recognition of independence” of Kherson and Zaporizhzhia regions. All this is necessary to create conditions for further mass mobilization in the captured territories.

previous
They use the hryvnia: the occupiers are trying to intimidate entrepreneurs with fines
next
Occupiers continue to kidnap local residents in the south